Can you imagine what it’s like to need help for every single gesture? Quadriplegics don’t imagine it, they experience it daily. In France there are approximately one thousand new spinal-injury cases each year. Sixty per cent will lose the use of their legs and fourty per cent the use of all limbs. Two in three of these patients are under 35 years when their life disintegrates.*

The most disabling of spinal injuries, quadriplegia, results in the loss of control of all muscles. In France, this happens every year to 1,200 people. Most will depend on their relatives for every single activity of daily living for all their lives. Their bodies will get weaker every day, their bone structure becomes increasingly fragile and pain will be a frequent companion. Clinatec wants to restore their independence to these men and women by developing a device capable of controlling an exoskeleton by means of cerebral signals. Exoskeletons already exist. What’s new is our ability to record and use the brain’s electric activity. The signals corresponding to an intended gesture could be transmitted to a device, allowing quadriplegics to trigger movements without outside help, thus regaining considerable independence. 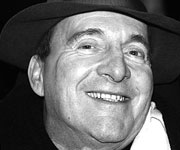 When I first met Professor Benabid, he asked a rather surprising question: “If you could, would you rather recover the use of an arm or “everything”? I hastily answered: “My arms, to be able to hug my wife and children”, as would anyone who, past the rage of the first few years, has found his footing, so to speak. But, if I had been 20 years old and were speaking in the name of all these young people I see beginning their “career” as quadriplegics, of course I would have answered “everything”.
Piloting an exoskeleton must make one feel very intelligent. Not very sexy, obviously, but with current advances in miniaturization, anything is possible. No young quadriplegic accepts that he will never move again. Most of the ones I know personally hope that Science will make them walk again.

Provide quadriplegics with the capacity of mentally driving a robotic exoskeleton and thus walk, feed themselves, as well as handle objects. Performing a gesture, or imagining it, triggers the same cerebral activity. Based on this finding, Clinatec has designed an implantable device for the collection of the brain signals triggered when a person intends to move. The idea, the method and the techniques have been validated. The first trials involving human beings can now be launched. Finalizing the BCI concept requires another €12.2 million for the system to be made reactive, easy to use and ready for distribution.